I tried making my own face wash. I used Dr. Bronner’s Unscented Baby Mild Castile liquid soap and added eucalyptus and tea tree essential oils. I was happy with the results.

I used tea tree oil because of it’s natural antiseptic properties. Tea tree oil works well in treating skin blemishes such as acne, rashes and warts. It’s just as effective as using benzoyl peroxide to treat acne, except it’s better because it has fewer side effects. It does not cause dryness, itching, stinging, redness or burning. The emotional effect of using tea tree oil is that it can restore the energy that has been depleted by everyday stress.

I used eucalyptus oil for it’s antimicrobial and antiseptic properties. It clears acne and skin blemishes by reducing excessive oiliness. It also promotes the regeneration of skin tissue. Emotionally, eucalyptus is used to treat frustration, anger, stress and tension. Now that’s a bonus! It has a stimulating nature about it that can help improve concentration and restore balance. Eucalyptus is so refreshing that it can wake you right up and help you overcome the sluggishness of the morning.

Here’s the recipe for Eucalyptus and Tea Tree Face Wash

I put mine in a squirt bottle. I shake it up right before I’m about to use it, foam it up in my hands and apply it to my face. I love the smell of the eucalyptus… frustration, anger, stress and tension… be gone!

Give it a try. I think you’ll like it. It’s natural and cost effective! 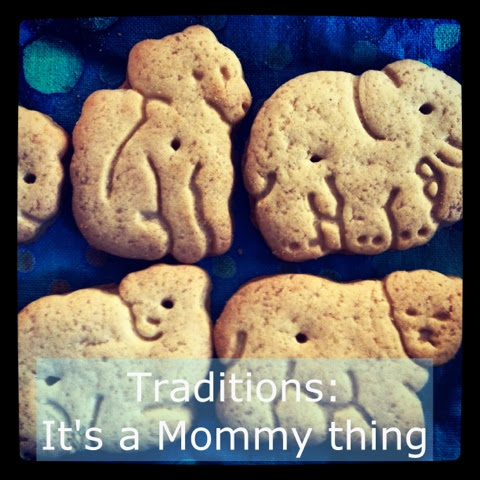 I realize this second time around of being a mommy to a 5 year old (my children are 13 years apart) that there are certain traditions that I have kept. 13 years and things for me haven’t changed. For example, I took pictures of both my children next to the same stuffed animal when they were first born every month near their birth month to show how much they have grown until they turned one year old.

I like playing with my children and taking pictures while we do. I like to journal about what we played about along with my picture and put it in a scrapbook so I never forget. Somehow, though, I never forget (and I have a bad memory). 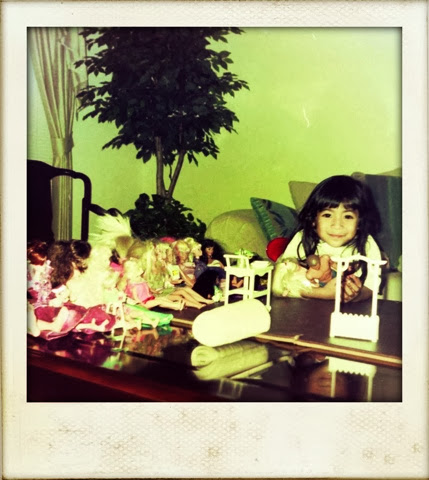 Here’s a picture of Sabi playing with her many many dolls. I remember this day. We dressed every one of her dolls up and then afterwards, they had a garden tea party. Sabi was talking about how she only had two boy dolls. Ken, of course and Hercules from the Disney movie “Hercules”. She also had the Meg doll. That was her favorite movie that year.
Here’s a picture of Josh. He’s pretending he’s a shark and I am the people in the trucks trying to get away from the shark. The shark got me. Sharks are his thing right now. 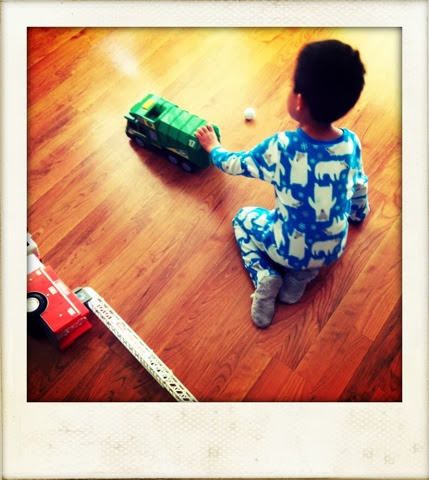 I taught both my children how to swim by teaching them first how to “monkeywalk” across the ledge, let go and then swim to me. I also taught them how to blow bubbles under the water with their mouth and hold their breath. I like this tradition. It always feels like deja vu when I am in the water with Josh. I feel like I am in my 20s again and in the water with Sabi.

I also like taking pictures of them while they’re asleep. I have so many of those. 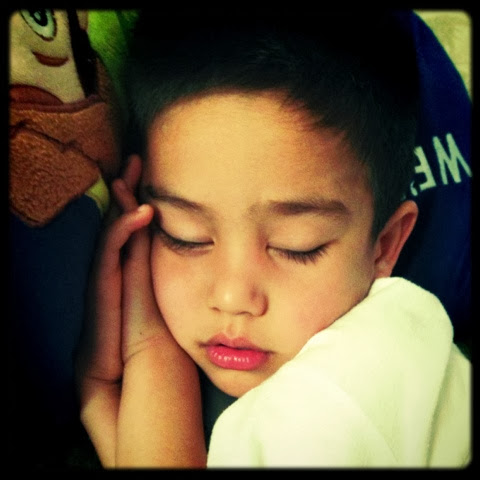 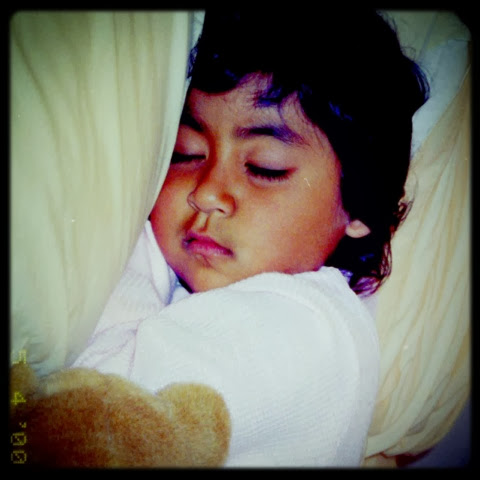 Josh and Sabi, both asleep at age  5.

This next tradition may seem silly but I think it’s important. Sabi wasn’t allowed to have a Big Mac until she was 16 years old. She waited and she waited. By the time she had that first bite of that Big Mac at age 16, the delayed gratification didn’t really pay off for her. I thought she would be in heaven, instead she was like, “that’s it?”. She never ordered another one again. I guess that was good. Also, Sabi wasn’t allowed to have her first cell phone until she was 12 years old. Once she got that cell phone at age 12, she took very good care of it. To this day, she hasn’t lost any of her phones and she is very responsible with them. I know times are a little different now, but I am hoping to uphold that tradition for Josh as well.

Another tradition I have is taking a picture on the first day of school in front of the house before leaving for school. Next week is Josh’s first day of kindergarten. So starts a new tradition. Next week is also Sabi’s first day at college but she won’t be at home. We’ll be at her dorm getting things set up. I guess I will have to start a new tradition. Hopefully she will let me take a picture of her in front of her dorm room without feeling like I’m embarrassing her.

Every mommy has traditions with their children. It’s what makes everything so special. It’s a thoughtful Tuesday for this Sweet Monday mommy.

Today I am grateful for motherhood.