Here is an idea on how to use leftover scraps of material to make a cute banner. This banner was used for a 1st birthday. It was tied around the birthday boy’s highchair.

Look! How cute! My daughter did the writing.

And ooh, yummy… Look at them cupcakes…(check out the cupcakes in this post.)

Back to the subject, want to know how to make this simple and adorable birthday banner using material that you might already have in your craft box? Check out the tutorial here.

In honor of back to school week, I wanted to re-post a post I posted (say that 3 times fast) back in 2013 when my son started Kindergarten. 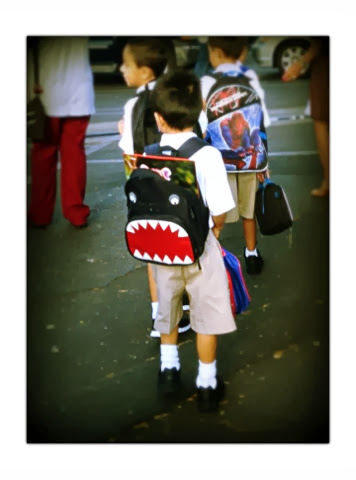 Josh woke up eager to go to school. He brushed his teeth, got himself dressed, ate his breakfast and was excited to find out what was in his lunchbox (cheese sandwich, cut up pears, fruit snacks and a blue gatorade).

We arrived at his new school. We walked all the way to the Kindergarten classrooms (in the back) to find out that we had to walk all the way back to the front where the bulletin boards were standing to read the the classroom list and determine which classroom he is in. After that, we dropped off his school supplies at the lunch benches and waited in line.

REWIND: As this was all happening, I was holding two bags of heavy school supplies in one hand and holding Josh’s hand in my other hand while running around like a madwoman. I finally realized as I stopped to look at the bulletin board that I was holding onto Josh and he was keeping up with my madwoman pace without complaint. I took a deep breath … This is his day…Slow down and enjoy it… So we did.

I said. “Josh? Are you excited?” He looked up at me, smiled, nodded and said “yes…” That look on his face…That melted my heart…

I told him to look at the board and look for his name… “Can you find it?”. It took him awhile but he did. I asked him to read which class he is in and he did. I told him to remember because that is his class. As we walked to the lunch benches, he kept repeating his class name over and over while smiling and laughing… Cutie!

We fell in the line for his classroom. The whole school gathered for morning assembly. His new teacher was right next to us, so I introduced ourselves and of course, he was shy. I had this feeling that the excitement was wearing off as we said the morning prayer and pledge of allegiance. Little did I know that he was just anxious to get into his classroom because he whispered to me “Mommy, when are we gonna get to go in?”. I smiled and said “soon”.

When the principal said “parents, please step away from the line”, I knew it was time for me to go because parents aren’t allowed in the classroom. I leaned down and said to him that it was time for me to go and kissed him. I told him that I was so excited for him, that he was going to make so many friends and have so much fun. I told him that I love him and that I would be back to pick him up. He nodded.

Off he went… Off the mommies and daddies went watching their little babies go to school for the first time.

He did great. I was proud. He kept waving at me as he was walking to his classroom door. I walked as much as I could near him, but as far as I could (Yes, I know that doesn’t make sense) while saying I love you, blowing kisses and smiling… Inside the classroom door he went. All the mommies and daddies looked like people behind bars looking at zoo animals. We were peeking, peeking, peeking, snapping pictures, some were crying… (not me, no… really, not me…). I was so happy that my little monkey was sitting right by the door because I got to snap some pictures. Then the teacher came out, told us the pick up time, smiled and closed the door. I heard some mommies say “awww….” (like please don’t close the door)…Then they announced “Teas and Tissues” in the library. My heart filled with happiness at how well the morning went.

When I picked him up, he told me all about the playground (it didn’t have monkeybars), how they eat lunch (they can sit wherever they want), he told me I had a lot of papers to read and fill out, and that he made alot of friends but he couldn’t remember their names (oh, yeah… Ryan..and Vincent…).

Today I am grateful for a wonderful first day of school for Josh and  the opportunity for Josh to go to the same school I did growing up.

We started a new tradition of a “cookie party” per Josh’s request. It was supposed to be the night before school, but the first day of school is even better! 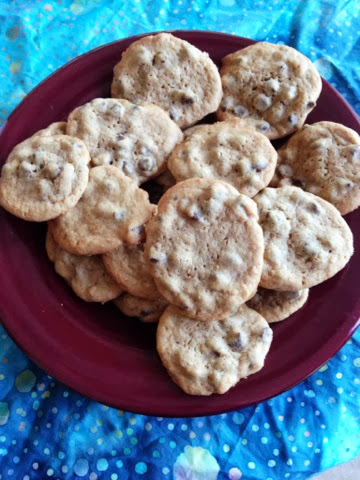 It’s back to school time! Here in L.A., many schools have already started or start today! Woo-hoo! High-5 to the moms and dads!

For me, I have one more week with my little kiddo  (and big kiddo), so we’re getting our last activities of the summer in. I have this week off from work and it’s jam packed with activities with the kids. My little kiddo had a great summer of camp, summer enrichment, and time at home with his big sister. Now, he’s super excited to have time off with his mom this week. We have one good week of fun and then it’s back to school for him and back to work for me.

Our back to school traditions include the usual. Shopping for school clothes (or in our case,  uniforms), school shoes, backpack and school supplies. He already picked out his backpack and we finished the school uniform shopping. And of course, there is the finishing of the summer “getting ready for 3rd grade” homework. This summer it was a math packet and a book report. We are almost finished with that too.

Our back to school tradition also is a picture the morning school starts with his fresh clean uniform and making cookies when he gets home from school.

His big sister had the same tradition of a picture the morning school started and a treat of her choice after school. In addition, because I used to work on scrapbooks back then (she has many), I would also interview her with questions about school. Her favorite subject, the names of her friends, her hobbies, etc.

I’m sure everyone family has their back to school traditions. What are yours?

Here are some great ideas if you’re looking to add something new or start your back to school traditions with your children:

*A “night before back to school” dinner. Take your kids to their favorite restaurant to celebrate school starting. Even better, make a back to school pizza together. Just buy ready made pizza dough  (we use Pillsbury), pizza sauce, mozzarella and pepperoni. It’s so easy, they can do all the work and you can just watch in amazement as your child makes you dinner 😉

*Send them off to their first day of school with a full and satisfied tummy and heart. Make his/her favorite breakfast. Decorate the table with confetti, balloons and a back to school I love you note.

*a back to school craft. Make something fun with your kiddo like slime (it only has three ingredients, glue, water and borax).

*Make a great first lunch and tuck a little note of encouragement and love in it.

*A back to school after school treat like his/her favorite drink.