I have the same three things that I list on the days when I struggle to think of anything new. For me, my children are always the first on that list. After I list my same three things, I usually realize that there other things and my gratitude list starts growing. I think of the simple things that I am grateful for such as birds chirping, waking up on a sunny day, the smell and taste of coffee…

Then I think of the basic things to be grateful for such as being able to drink clean water, having a comfortable bed to sleep on, a roof over my head, food on the table, a reliable car to take me where I need to go, a job so I can make money, good health…

Before I know it, I have recited a long list of gratitude.

Here are my three things that I am grateful for in this month of July:

Celebrating my parent’s anniversary. July is the month of my parent’s anniversary, This year, they celebrate their 51st wedding anniversary. Last year for their 50th wedding anniversary, my parents came to visit to celebrate with their children and grandchildren. They stayed at my house. We had a lot of fun. My favorite memory from that time is watching fireworks outside with my mom on the 4th of July. I enjoyed spending time with my whole family, eating lots of food and taking a lot of pictures together.

More time for my hobbies. This quarantine has allowed many of us to learn new things or expand on our current hobbies. I am grateful that I have more time to cook and bake. We have not eaten out or taken any food out since March. That’s a lot of home cooked meals. I’ve learned to cook new dishes and bake different types of desserts. I am also grateful that I have more time to sew. Actually, I think that it’s the sewing that has kept me sane, distracted and busy especially during this time. It’s fun to create something new, practice better sewing and learn new skills. There’s no rush to finish any products since there is nowhere to go right now. My sewing these days is definitely about the process and not only the product. It’s very relaxing and that’s a good feeling.

Opportunity to work from home: Due to the quarantine, I have worked from home every single day since March 16th. Before that, I did have one telecommute day a week (every Thursday) that I was always grateful for. I get more done when I work from home. Of course, I miss socializing with my friends and eating lunch together. But I am grateful that I have the opportunity to stay safer at home and perform my job duties from home. I coordinate services for school aged children with special needs. I am grateful that I have an opportunity to help the children on my caseload and their parents (especially mommies) during this difficult time.

Start each day with a grateful heart.

What a fun and eventful week. It started off with a bang because I took a couple of days off from work. I took Monday and Tuesday off to spend time with my children. My daughter will be leaving for London in September. She will be getting her Master’s degree at King’s College. We are savoring and treasuring each single day before she leaves. We are sad that she will be so far, but happy that she has such a wonderful opportunity to better her future and in London of all places! We are also extremely proud of her. What an accomplishment. She will only be gone for a year, which makes it easier for me to digest the fact that she will be so far. Also, knowing that she will come back to visit during Christmas and that we will visit her in London makes it easier as well. We are very excited for our visit to London. We are also going to Paris and Ireland while there. I better start working on renewing my passport!

It was an adventurous Monday which started with the solar eclipse on August 21st. I love August. It’s such a fiery month (if you’re a Leo, you know what I mean) and with the solar eclipse energy shift, it’s extra fiery this year (roar). But back to the eclipse, I decided not to buy special glasses and instead we used a welding helmet that had a rating of 13 to view the eclipse. We were careful not to view too long or too much just to be sure that we didn’t damage our eyes. Plus, we are in California, so it wasn’t a total eclipse, it was a partial eclipse. I think we only had 63% coverage of the sun. The eclipse started at 9:05 with a peak at 10:21. It was great to spend the morning together viewing the eclipse. I also made a viewing box and we took turns viewing the eclipse that way as well. It was a fun DIY project that actually worked well.

Our adventurous Monday was not over after the eclipse. We had afternoon tea which was a treat my daughter decided on as one of her going away events. Pinkies up! We both ordered afternoon tea. We had egg salad, cucumber and cream cheese and curried chicken salad sandwiches, a butterscotch scone with clotted cream and three tiny desserts. I chose an almond coconut green tea and my daughter had a cinnamon chai black tea.

My son ordered the grilled cheese sandwich and was so excited that it came with a fruit cup and gummy bears along the sides of the plate. His choice of tea was a mango tea which he ordered as iced.

Afterwards, we went to the mall to do some shopping which is rare for me because I don’t really like going to the mall as much anymore. I prefer online shopping so I don’t have to deal with the crowds. We had a fun time shopping together. We ended our day playing Family Feud online together. It’s our latest obsession and a fun way to spend time together. My daughter gave me a goodbye gift which is a box filled with affirmations, pictures of us together and a little book filled with 50 “awesome things she loves about me”. She had been asking all week if she can give me her present and I finally said yes. I had been putting it off because it makes it more real that she is leaving for London. It is a very thoughtful and heart filled gift that I will treasure forever. When I miss her, I will open one of her little notes. I can’t wait to give her mine.

Our Tuesday was terrific! We went to Universal Studios. It was a weird but fun day because there was a power outage in the morning, so most of the rides were not working or experienced technical difficulties and glitches. We waited in line at the Despicable Me ride for a long time until they realized that the power went out. We left and went to the tram ride. The tram ride was hilarious because for some attractions, like the King Kong one, the audio wasn’t working and but the visual was working, so the tram guide had to do the sound effects himself. Also, everything else was working so we our tram was shaking and we were getting sprayed with water. It was kind of fun. It definitely was interesting. All of the attractions experienced some sort of technical difficulty or glitch. Jaws was frozen half way out of the water so we didn’t get to see him. We didn’t get into Studio 50. Fast and the Furious was also interesting because once the action started, only the audio was working and the tram was shaking, but there was no visual. My son was looking forward to that one and he didn’t get to experience it fully. Also, my daughter said all she could hear was my laughter. I couldn’t help it. It was so funny. We went on the Harry Potter ride and the ride got stuck when we were right in front of the tarantula. Yikes! The highlight for us was Water World. It ran smoothly with no technical difficulties. Even though it’s an “old” show, my children really enjoyed it because of the stunts, studio effects and pyrotechnics. It was a great show.

Wednesday was wonderful because it was the first day of school for my son. We were all ready to go. We had his school supplies all packed up, his hair was freshly cut, his uniform was new and freshly pressed, his shoes were new and clean and we had his summer homework all done and ready to hand in to the teacher. Josh had math homework to do which he completed and he had to read Judy Blume’s Tales of a Fourth Grade Nothing. His book report was to complete a cereal box based on the book. The name of his cereal was Fudgy Peter O’s and they were described as fudge covered oat cereal in the shape of O’s and P’s. We didn’t realize that when he drew the cereal as P’s and O’s, he spelled out POOP a few times. He swears he didn’t do it on purpose and I don’t think he did, because I watched him draw them sporadically in the bowl. It was hilarious though. Josh’s first day was awesome. He did great. I forgot to do the traditional first day of school tradition which is baking cookies. I’ll have to make it up to him but he actually didn’t really realize that we didn’t do it. I guess it’s more for me than it is for him. He was happy because his big sister picked him up on his first day. She’s also going to surprise him and pick him up today. He really enjoyed this week because it was a short week with early dismissal at 12 noon. He is excited about his first school project which is a culture bag describing his family’s culture and bringing in treats. We will work on that this weekend along with going shopping for Mexican and Filipino candy. Josh and I love shopping for candy! 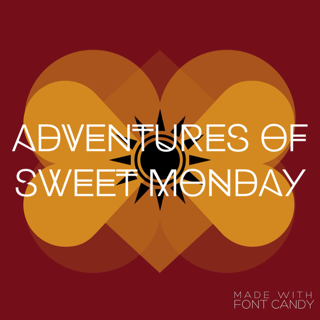 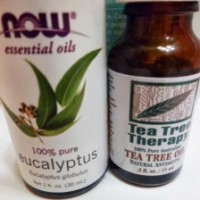