I love doing my Ticket Shadow box update because it’s my chance to review the year by reflecting on how many fun and wonderful things I have done with my family and friends. What a great way to show gratitude for all the opportunities we’ve been given.

The year of 2016 started off great in January with a chance to watch Bullets over Broadway at the Pantages Theatre in Hollywood. I watched this musical with a couple of my friends. This ticket was given to me by a friend because she couldn’t make it. I lucked out! It was fantastic. I loved the music, the songs and the costumes. It had a great cast and story line too. I really enjoyed this musical. It prompted me to become a Pantages season ticket holder along with my friends. In 2016, I also watched 42nd Street, Hedwig and the Angry Inch and the King and I.

In February, 2016, My friends and I participated in an escape room. It was called the Panic room. It was our first time. We have a tradition of picking out activities to do to celebrate our birthday and this is one of the activities that was picked by the February birthday girl. We did an army bunker theme. It was really hard and we didn’t escape. It was fun to look for clues and figure puzzles out together as a team. We did another escape room in March. The theme was to escape from the zombie room. There was even a zombie tied up to the wall with a chain and every so often the chain would be released so that it was longer. We had to make sure that the zombie didn’t “eat” us. We were teamed up with a younger group and they were very escape room savvy. We found out later that they had done other escape rooms so they had some experience. Still, we didn’t escape that one either. But two more minutes and we would have.

I did my 2nd Wine and Paint night. This time I brought my friend, Marylisa, with me. It was her first time. It was a fun activity to do together. Our thing is going to tea houses, so it was nice to try something new together. I probably won’t be doing it again, so I thought I would commemorate that time by adding it to the list of things I did in 2016.

Speaking of tea, 2016 also brought an experience of tea and chocolate pairing at the Chado Tea Room. I love tea rooms. I usually do the afternoon tea which includes hot tea, finger sandwiches, scones and tiny tea desserts. So this was a different experience because we had the opportunity to try different teas that were matched with chocolates. We also experienced a blooming tea.

I did my first Halloween Haunted Hayride in October. It was fun getting scared. We had to step off the hayride in the  middle of the ride to walk through a maze and that was terrifying. But also fun. I will definitely do this again next Halloween.

That wraps up my annual ticket shadow box update for 2016.  I am grateful for these fun times and I look forward to many more in 2017. The start of the new year is a time for looking forward to new beginnings and adventures.

Today I am grateful for new beginnings and new adventures. Wishing you a Happy New Year.

Hi! My name is Suzanne. Welcome to my sewing, baking and gratitude blog. This blog started as a gratitude journal in 2013 so that I could remember all the things that have made me happy. It has slowly transformed into a sewing and baking blog. I still blog about things I am grateful for too :) Thank you for visiting. I hope you enjoy my blog as much as I enjoy writing it. Adventures of Sweet Monday Forever... View all posts by Suzanne 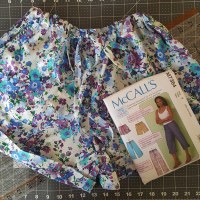 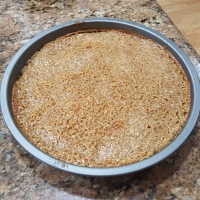